The Presidents Plate recognises excellence within the agri-sector in Northern Ireland and acknowledges members who have made a significant contribution to the Society over a period of years.

For the past 50 years, James has been involved within the Society displaying exceptional expertise in the horse section. Having served on Council and the Horse Committee since 1974, he also stewarded the ‘Breeding & Young Stock’ section since 1960, in which he excelled in his role as Chief Steward.

Hunting and Livery became a key feature in his life. He took up hunting with The Iveagh Harriers & County Down Stag Hounds, owning several well-bred horses, even competing in many point-to-point meetings. It was during this period that he met his wife who was also a keen horsewoman. In the present day, he has forsaken the saddle, and now follows hounds on foot.

Outside of the Society, James is well-known for his compassion and dedication to helping the older generation and hosts regular lunches for those who are alone. 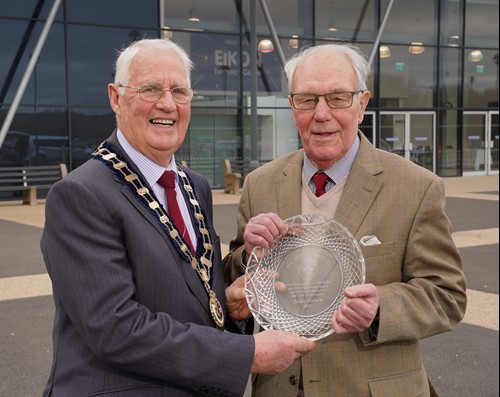