The RUAS is delighted to announce that Creightons of Finaghy, Balmoral and Blacks Road, are once again on board as sponsors of Balmoral Show.  They are continuing to sponsor the Hunter Horses and the new Supreme Hunter Championship at this year’s Show.

‘‘Creightons has great pleasure in once again carrying on the long standing Creighton family tradition of supporting the Royal Ulster Agricultural Society and wish the 2019 Balmoral Show every success.

Balmoral Show in partnership with Ulster Bank will return to Balmoral Park, Lisburn from Wednesday 15th May until Saturday 18th May 2019. For the latest updates on the Show visit www.balmoralshow.co.uk or follow Balmoral Show on Facebook and Twitter. 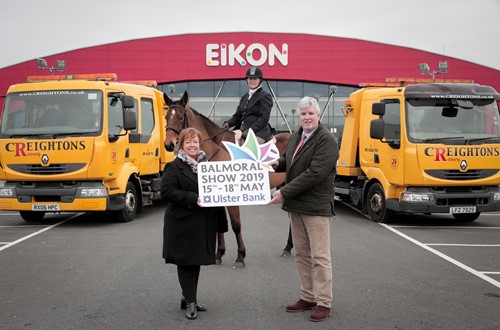